Formed in 2006, the elite choir Voces Boreales has established itself
as an important force in the Canadian music landscape. 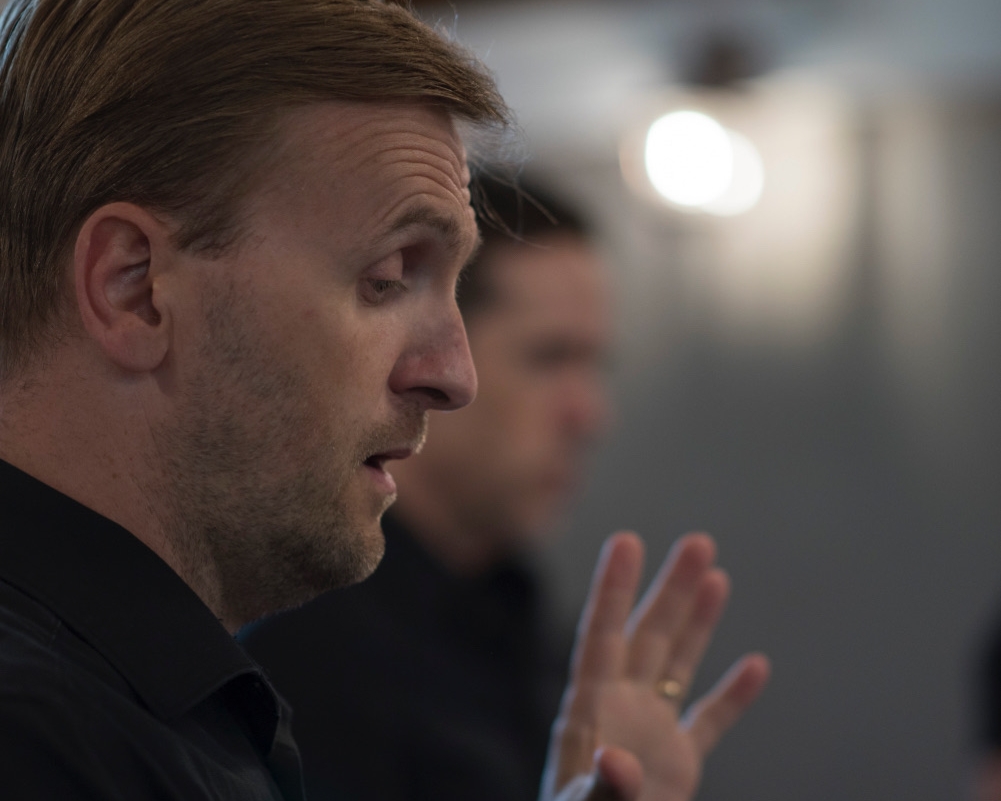 Originally from the United Kingdom, Andrew Gray has made a name for himself in Montreal as a choral conductor and arranger. Starting out as a chorister at Durham Cathedral, United Kingdom, he went on to join the internationally acclaimed a cappella group The Swingle Singers, with whom he travelled around the world. He worked with Luciano Berio for performances of his opera Outis at La Scala in Milan and the Théâtre du Châtelet in Paris. As a contemporary repertoire performer and soloist, he has sung for many distinguished conductors such as Pierre Boulez, Yan-Pascal Tortelier, David Robertson, David Zinman, and Arturo Tamayo. As a chorister, he has toured with a number of top choral ensembles, including Tenebrae, Ensemble vocal de Lausanne, the Theatre of Early Music, Studio de musique ancienne de Montréal, and VivaVoce. 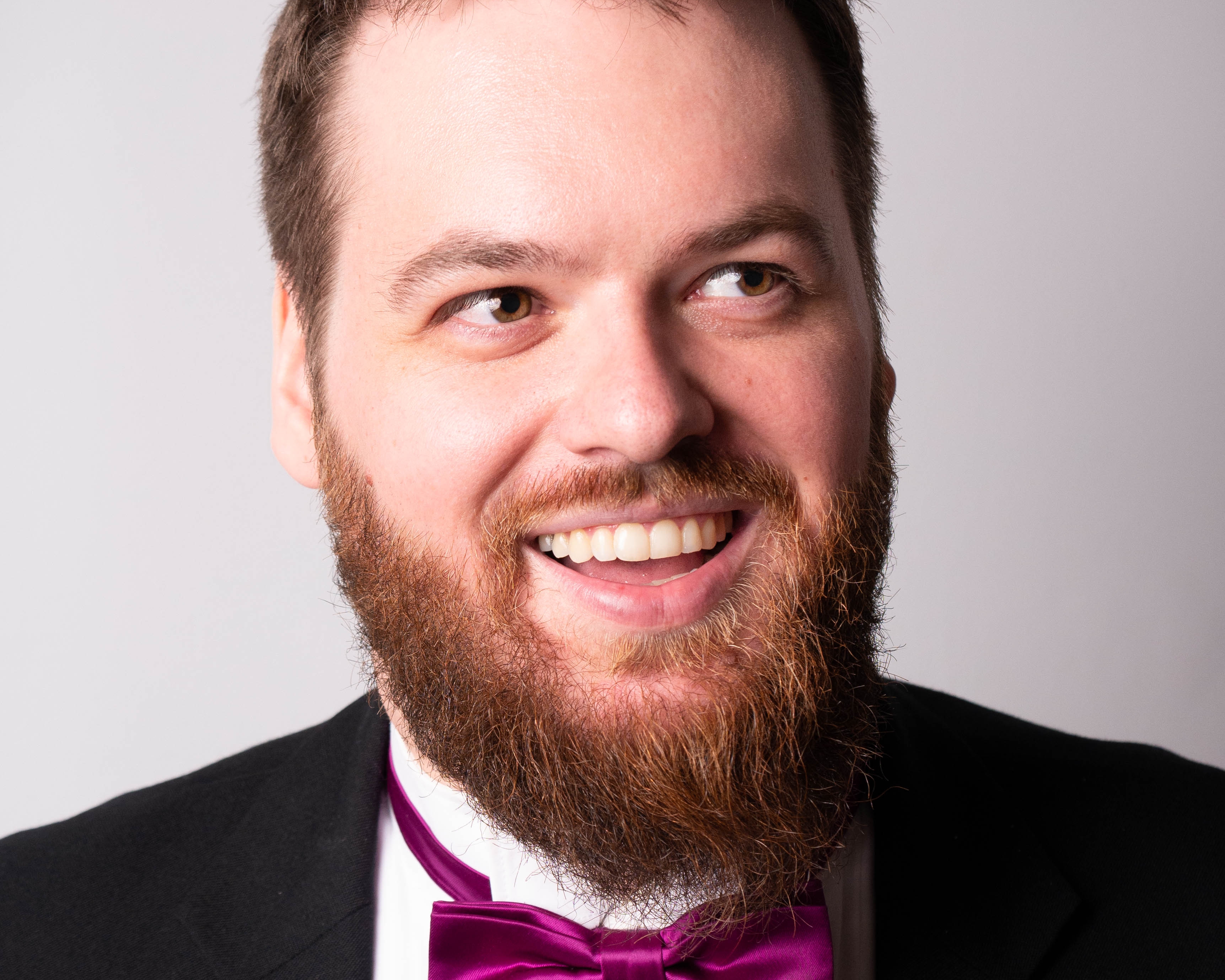 Louis Desjarlais is a young Montreal based composer, holder of a master degree in composition conducted by Alan Belkin. Although Multi-instrumentalist, he works for the past decade almost exclusively with choirs and choir music. Rewarded in 2021 by Alliance Chorale du Québec with the Marie-Bernard award, Louis is a prolific composer, being regularly comissioned by pro choirs (Chœur de Chambre du Québec, Voces Boreales, Temps Fort), as well as numerous amateur choirs around the province. 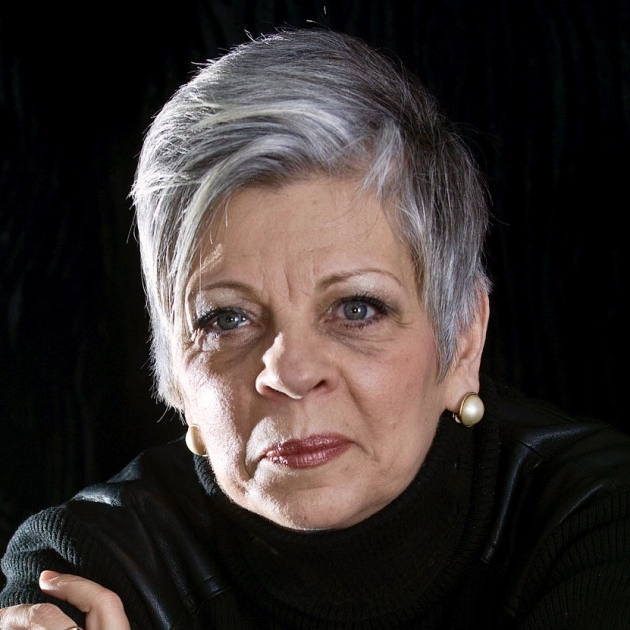 Diane has extensive experience in corporate and non-profit sector management positions. Additionally, leadership roles within the volunteer milieu (board positions) have contributed to positive change management and sound fiscal project delivery within diverse organisations. These successful outcomes have resulted from clearly grasping the vision, establishing positive relationships with collaborators, and solid teams while ensuring that the environment reflects passion, enthusiasm and joy. 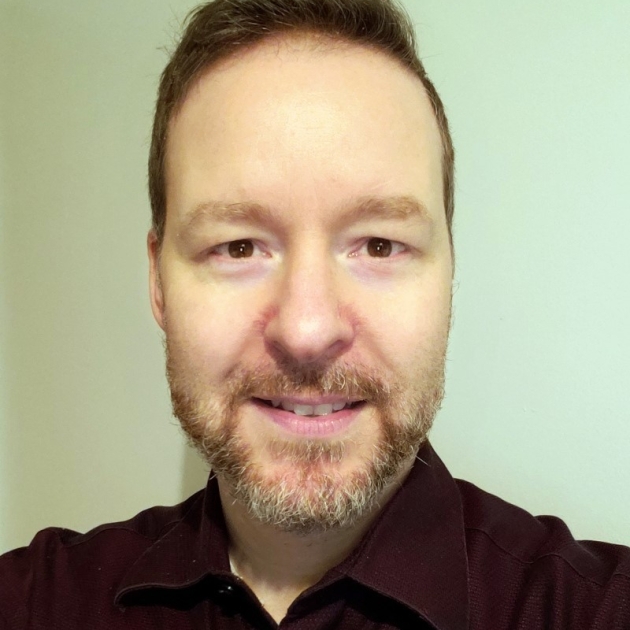 Originally, Pierre Thibaudeau was musically trained as a pianist. While doing his undergrad degree in maths and physics, however, he discovered his passion for choral singing, first as a singer and soon as a choral conductor. During his doctoral studies in mathematics at the University of Cambridge, not only was he exposed to and took part in the English choral and organ traditions but, in contact with the late Dr Mary Berry, discovered another passion, Gregorian Chant, which he practised as a cantor, capellmeister and teacher. Since 2016, he puts his organising skills to use as Returning Officer of the provincial electoral district of Acadie and, since 2020, of the federal district of Saint-Laurent. He has been a member of the board since 2018. 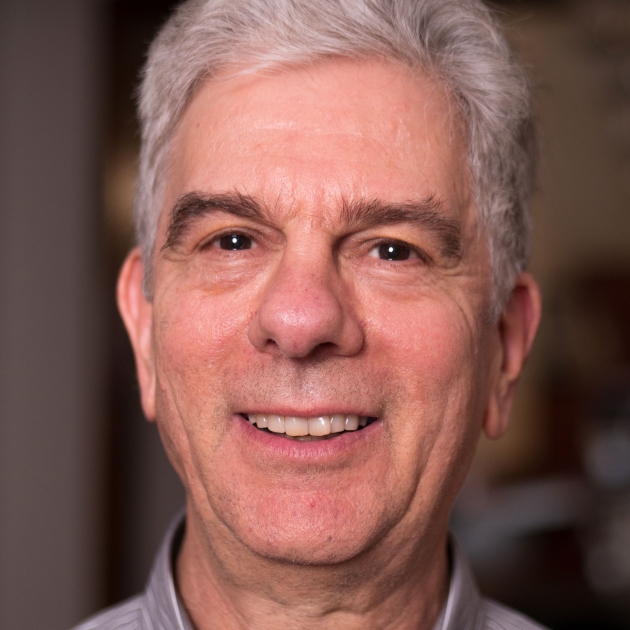 Philip Raphals is executive director of the Helios Centre, a non-profit energy research group, and president of NovoPower International, a start-up developing waste-heat-to-power systems for the data centre industry. A cellist, he was a founding member of the Orquesta Sinfónica Municipal de Caracas, and was for several years a frequent substitute on the Montreal Symphony.  Philip has sung with Voces Boreales since 2018. 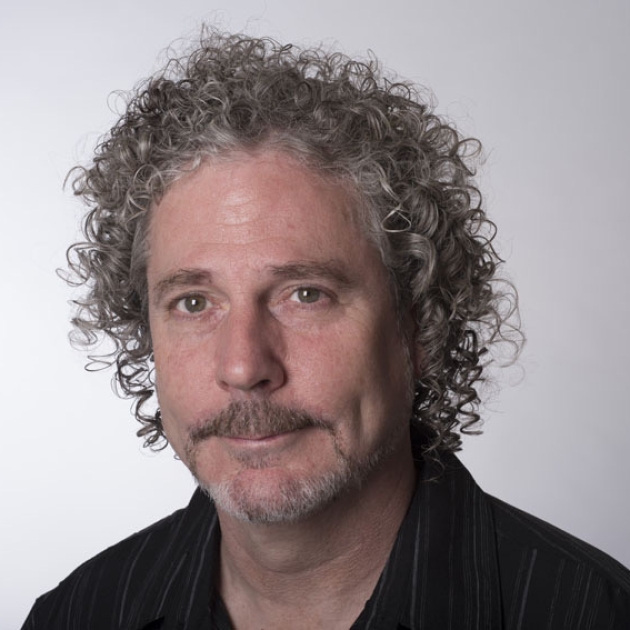 David Cronkite is a pianist/keyboardist, chorister and composer. As pianist/keyboardist, he has appeared with several groups: l’Ensemble contemporain de Montréal, le Nouvel Ensemble Moderne, la Société de musique contemporaine du Québec, Codes d’Accès and BradyWorks. As chorister, he has sung with chamber choirs Voces Boreales and Viva Voce as well as with the choirs of the Montreal Symphony Orchestra and l’Orchestre Métropolitain. David is also member of the experimental ensemble Phth, the noise-choir Joker and the percussive-dance collective Migration Dance Film Project. David holds a doctorate of music from l’Université de Montréal. Since 2016, he teaches rhythm to the dancers of l’École de danse contemporaine de Montréal. He has taught Tai-Chi for 15 years and is a licensed massage-therapist. David was member of the board of directors of Groupe Le Vivier for two years and was president-director-general of the Montreal Choral Institute from 2016 until 2022. 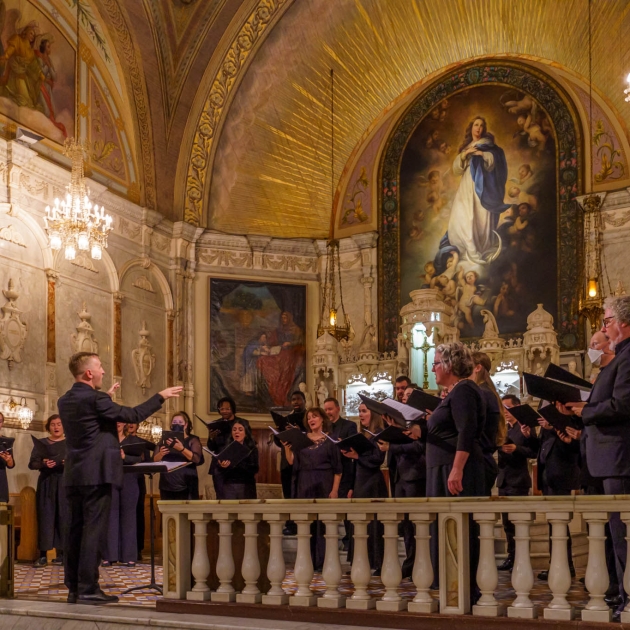 Miriam Paknys has been a member since 2015. 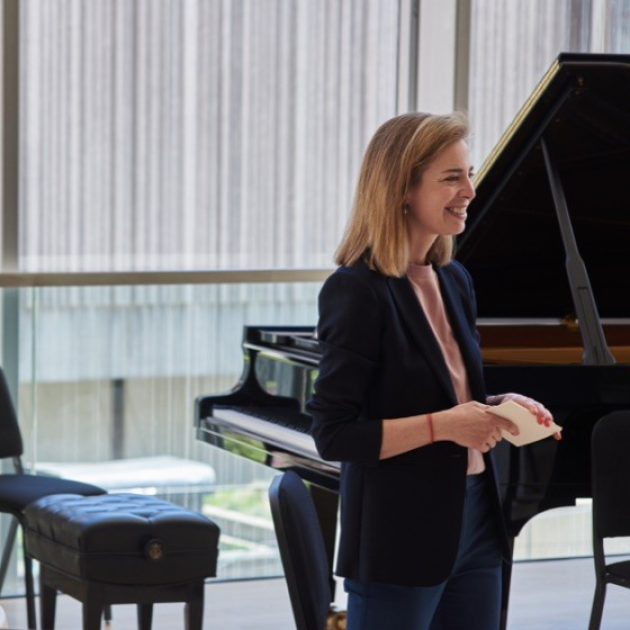 Alexia Jensen has worked in communications and marketing, specializing in classical music, for over 10 years. She received her masters in musicology from Université de Montréal and studied psychology from McGill University, and has been working with Voces Boreales and the Montreal Choral Institute since 2022.
alexia [at] vocesboreales [dot] org 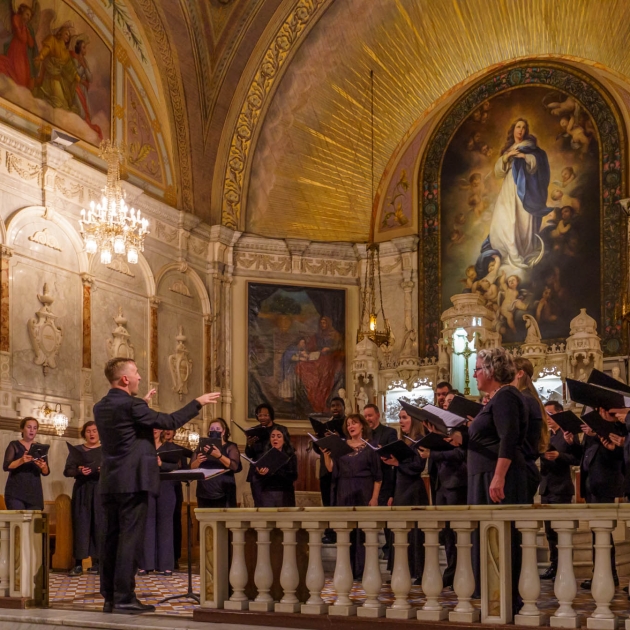 Nancy Michaud has worked in the administratrive field for over 20 years as Executive Assistant and Coordinator: she joined the Voces Boreales ranks in 2022. 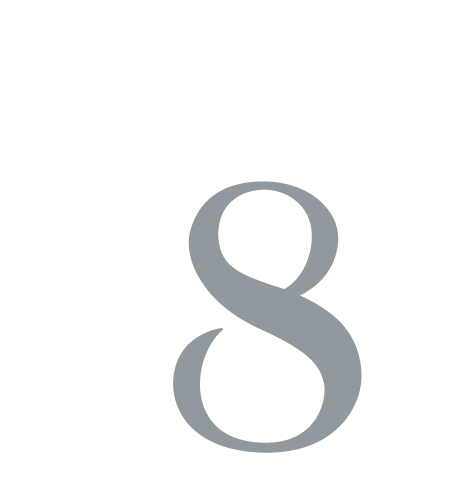